Scones on Sunday – AKA what I didn’t have for breakfast

Yesterday’s post didn’t actually happen yesterday, it was something I prepared earlier, as I knew I wouldn’t have time to write while being busy enjoying the sights of the rather pleasant city of Worcester. 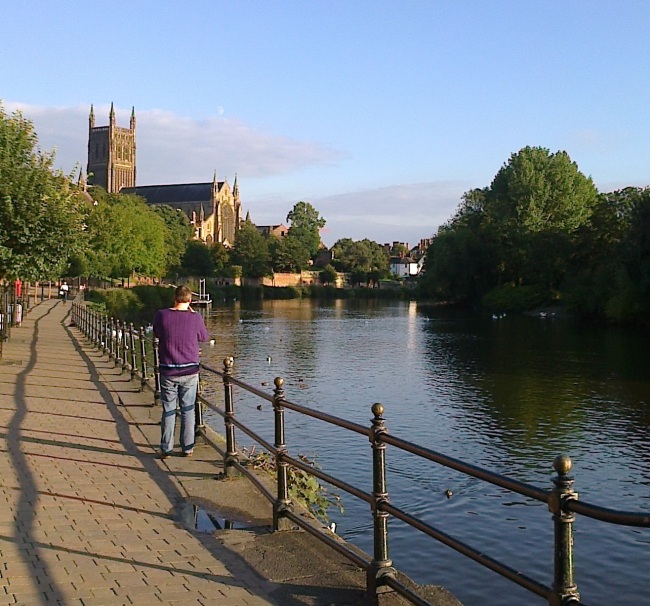 We left Leicester on Friday evening and drove up the motorway in rather horrible rainy conditions to arrive after 9pm. We didn’t get up to much that evening beyond nipping out for a quick drink just before last orders.

On Saturday we were meeting a couple of friends for the afternoon, but decided to go out for breakfast (especially because we were staying in a Travelodge, where it looked as though there was a set price of £8 for breakfast, which I’d probably baulk at paying even if they were offering me something better than boxed cocoa pops or dry toast).

Worcester has only 3 places to eat listed on Happy Cow, and we visited them all. Our breakfast destination was the Karmic Cafe, and it is here that I did not have scones for breakfast.

If we’d have had room later, I did fully intend to come back and try one of these, as they offered cream teas at the cafe, including the above vegan scones with jam and I think some kind of vegan cream and a pot of tea.

But these scones stood no chance with me in the morning, because if someone offers me a choice of the above, or a vegan version of a full English breakfast, guess which one I’m going to take? 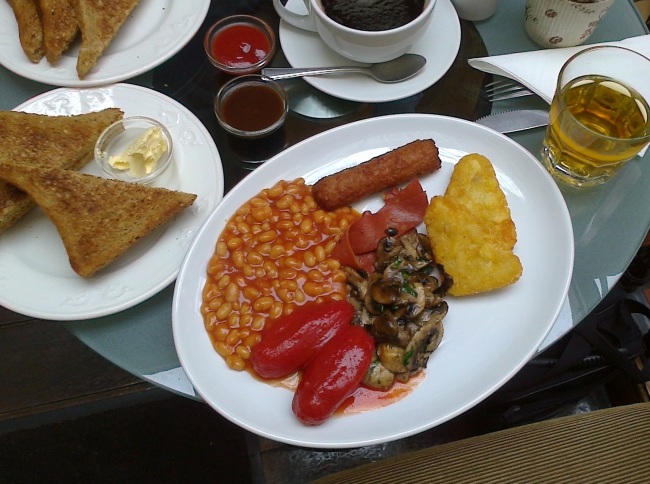 2 hash browns, traditional tinned tomatoes, baked beans, veggie sausage and bacon, herby mushrooms, brown sauce and a couple of rounds of toast with vegan spread, with a glass of juice to wash it down. That was a good breakfast!

Before we left to come back today, we went to Boston Tea Party, and they also do a pretty nice breakfast. Of note were the rosemary potatoes, and the toast made from seedy bread, although the latter lost marks with me because it came pre-spread, whereas I prefer to use my toast to mop up bean juice. 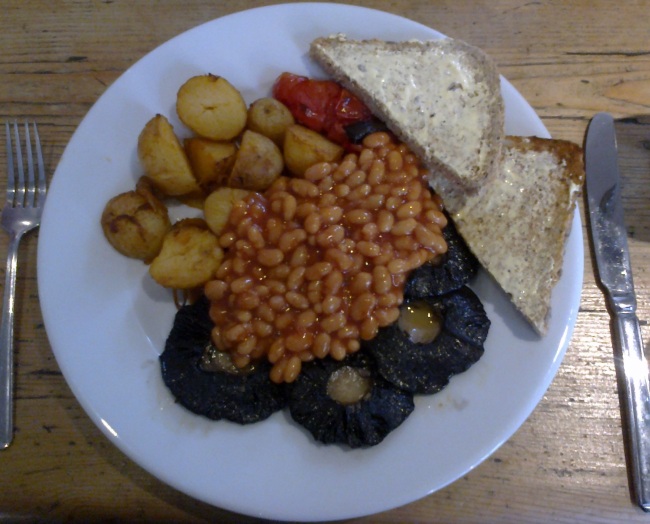 Not pictured is the excellent blueberry and ginger smoothie I had with this. Totally worth a visit for that even if you’re not hungry.